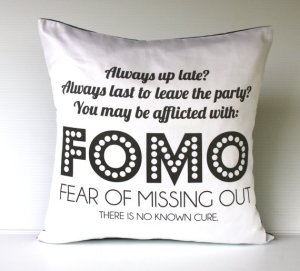 At the beginning of the year I deactivated my personal Facebook, Twitter, Instagram and Pinterest accounts just to see what would happen. The universe tends to whisper things to me like “could you be feeling exposed, paranoid and anxious because of Facebook?” Or, “have you noticed how depressed you feel after spending hours on the computer – mostly on Facebook?”

It reminds me of the film “The Matrix”, when Morpheus gives Neo the choice of the red or blue pill: “This is your last chance. After this, there is no turning back. You take the blue pill — the story ends, you wake up in your bed and believe whatever you want to believe. You take the red pill — you stay in Wonderland and I show you how deep the rabbit-hole goes.”

I chose the blue pill because, quite frankly, the rabbit-hole blows my tiny mind.

It’s not that I was on Facebook for hours, but as I run my business from home – which of course has a Facebook page (I’m happy to WORK in Wonderland, I just don’t want to LIVE there!) –  I would dip into my personal “feed” as a means of a mental break (having given up the fags last year – Facebook has to be healthier than that, right?). But the Facebook mini-break meant an hour at the computer became three.

If the kids were home while I was trying to “work” I would get snappy with them for “interrupting” me when I was trying to get a work project finished – when really it was me who was wasting my own precious time!  I think Annemaree calls that “projecting” (that which annoys me about me I find fault with in you).

So, I listened to the whispers of the universe and I dropped out. Like an addict having to throw the whiskey bottles in the bin I had to fully deactivate accounts, unsubscribe from lists and delete apps from all of my various devices – I had to go completely cold turkey.

Once I did this, the mutterings of the universe got louder and louder. I kept seeing articles about more and more people feeling the same way. I read once (probably on Pinterest – and I re-pinned it of course!) that “comparison is the thief of joy”. Facebook had become for me a yard stick against which to measure my life in comparison to others’. And it did steal my joy. It gave me feelings of anxiety, of inferiority, of missing out.

From a yogic perspective, one cannot possibly live “in the moment” when you are constantly thinking up your next status update or checking what else is happening; what else you could be doing; where else you could be. This friends, is FOMO. The Fear of Missing Out. There is no place for FOMO, or living fearfully, in a yogic life.

Oddly, in this desperation for connecting with one another, we are becoming so utterly disconnected from ourselves and one another. I absolutely cannot bear it when someone is checking their phone whilst I am having dinner with them. It is like meeting someone at a party who is looking over your shoulder to see if there is someone more interesting in the room. And please, keep it in your handbag and not on the table!

In the early days of “dropping out”, if I had a compulsion to share something (an outrageously witty, insightful, fleeting thought) I would send a text message to my husband, or my best girlfriend. Neither of whom are – nor have ever been – on Facebook! The irony is too delicious. So, two of the most important people in my life who know me better than anyone else and actually care what I think, have been excluded from an inner life I chose to share publicly with acquaintances.

Now, when I take a gorgeous photo of my children being funny, weird, angelic or outrageous – I email it to my husband. Their father. Probably the only person actually interested in seeing a photo of my kids. Previously, he missed out on this. By not being on Facebook, I am in more regular contact with my husband – just sharing nice things throughout the day. I am closer to him. I am not excluding him.

When my friends hear from me, via phone call, SMS or email, they can be assured that I have put real thought into who actually receives contact from me. This makes THEM feel special. More importantly the people who HAVE NOT heard from me don’t know! They can’t see who I am in contact with and can’t be hurt by assuming a non-existent, passive-aggressive snub.

I have to confess that Pinterest and Instagram have slipped back through the net. Although, in the absence of the true ego-fest that is Facebook I am questioning what the point is of Pinterest? Am I creating a persona for the world to see by pinning pictures of clothes I don’t own, interiors I don’t have, words I don’t live by and food I don’t cook onto boards so people I don’t know will think I’m terribly stylish and interesting?

I reinstated Instagram mainly to keep in touch with our extended families who are photo-mad Insta-fanatics. They all travel far and wide doing terribly interesting things so it is always lovely to see a photo of where they are and what they’re up to – and share our interesting exploits too. But, I think I need to cull the list of Instagrammers I am following – if I see one more damn photo of someone’s smoked salmon and poached eggs on sourdough I will bring up my own breakfast.

By “missing out” I have more time, better relationships, less anxiety and I receive a lot more phone calls from people who ACTUALLY want to talk to me!  So, let go of FOMO and embrace JOMO! The JOY of missing out.

Until next time we meet,

2 thoughts on “My Yoga Journal – Letting go of my FOMO”